Precautionary measures and preventive injunctions in general and under the International Maritime Conventions.

At the close of a basic training course a reference must be made to the interim measures, which the parties to the Arbitration may request for the protection of the enforcement of a future award, whether prior or during the course of the process, if any of them bear reasons to doubt that such award shall be complied with voluntarily by the losing party.

The general state-of-the-art shows that under the national laws the parties would normally be entitled to make use of all and any of the conservative measures available in respect of civil process for the security of the Court decisions, both prior to commencing proceedings and during their course, albeit before a judgment is dictated (in which case such steps should be engaged in the enforcement process).

-attachment in rem Jurisdiction. (most Commonwealth countries and the like)

As it regards Maritime Arbitration, we will endeavour to tackle those interim measures which are more commonly used in english Arbitration and, indeed, pursuant to the International Conventions.

We will then analyze, however briefly for the purpose of this paper, the following:

The Mareva Injunction, as a freezing injunction.

The loss of the Admiralty attachment in England was partly mitigated by the invention of the Mareva injunction, by Lord Denning in 1975 (Mareva Compania Naviera S.A. v. International Bulkcarriers S.A., 1975, 2 LL.R.509).

The Mareva injunction (freezing order, too) is quite simply an interim and interlocutory injunction issued by the competent Court, prohibiting the Defendant, before or during a suit, or even after judgment, from removing assets (real or personal, movable or inmovable) from the Court´s jurisdiction or from dealing with them ,where it appears to the Court that without such order the Plaintiff´s recovery on his claim will be at risk. In the U.K. statutory basis for the injunction was provided by the Supreme Court Act 1981(Section 37-3).

To obtain a Mareva (freezing) action the claimant must show:

-a valid cause of action against the Defendant in the Jurisdiction at the time of the application;

– that the Defendant has assets in the juridisction (ships, cargoes, bunkers, sale proceeds, bank accounts or all assets up to a maximum amount);

-that the Defendant is likely to frustrate judgment or award by removing his assets from the jurisdiction or otherwise make them dissapear; and

– the balance of convenience favours issue the injunction.

Non-compliance with the injunction would render the defaulting party in contempt of Court.

The Mareva Injunction, formerly limited to England and Wales, was since 1988 widely applied to assets elsewhere in order to restrain Defendants subject to english jurisdiction from dealing with or hiding their assets located in other jurisdictions, although the injunction may well require that such latter assets be transferred to a Jurisdiction where the Mareva remedy is recognized.The proliferation worldwide of this remedy led to a power to issue extraterritorial orders which must be, of course, used with the greatest care and discretion.

The effects of the injunction on the assets are merely of a freezing kind.It does not place the property under the Jurisdiction of the Court, nor does it permit execution against that property  by way of enforcing a final judgment or an award (unlike the case of the arrest or of the saisi conservatoire of a ship).

These are search orders. The Anton Piller order was created by the english Courts almost a the same time as they did the Mareva injunction, in 1975 (Anton Piller KG.v.Manufactoring Processes Ltd., 1976, Ch.55 C.A.).It is an order resulting from an ex -parte injunction for the party to whom it is addressed to consent, save falling in contempt, to the applicant´s entering  and searching the premises controlled by the Defendant´s, as well as to the examination , removal and/or copying of documents and/or other property found there and specified in the order.For use in connection with actual or intended legal proceedings.In the UK the statotutory basis is the Civil Procedure Act 1997, U.K., c.12 sect. 7 (called “search orders”).

The aplicant must first show:

-a strong prima-facie case favouring the issue of the injunction;

-serious damage (actual or potential) to himself if the injunction is refused;

-possession by the Defendant of incriminating documents or things; and

-the possibility that such evidence may be destroyed or evaporate before any application inter-partes can be made.

It is a search order only, not touching upon any right of security.

These orders lie irrespective of the arbitral powers to handle the discovery stage in the Arbitration cases, but are very useful in practice for preserving evidence in maritime, as well as other, litigation.

The potential effects of Anton Piller orders on civil rights demand procedural safeguards and cautionary viewing, which have developped in the UK and other countries.

References to Forum Non Conveniens and anti-suit injunctions, as well as to the Maxwell orders, are omitted as these would not involve remedies related to property pressure.Nonetheless, in the common law countries the former ones are often used in conection with Arbitration in order to obtain ,through a motion, the dismissal or conditional stay of an action on the ground that ,although they have jurisdiction to hear and decide the dispute, another (foreing) forum exists where trial of the suit should be more appropriate fot the interests of the parties and the ends of Justice.

Rule B in the United States.

In the United States the Supplemental Rule B of Civil Procedure provides a remedy which is similar to a maritime attachment.

Rule B authorizes the attachment of any goods or chattels, credits or effects of the Defendant in the hands of garnishees, when those assets are within the district, but the Defendant cannot be found there.

-that he lacks “mínimum contacts” with the district sufficient to support personal jurisdiction; or

-that he is unavailable for service of process in the district, lacking any office or authorized agent there or through whom legal process may be served upon him.

Also, the Plaintiff has the burden of proving that, besides that the Defendant cannot be found in the district,:

-he has an in-personam claim against the latter cognizeable in Admiralty;

-that property belonging to the latter is present, or soon will be, in the district; and

-that there is no proscription of the attachment in statutory or general Maritime Law.

Arrest in rem is regulated by Rule C in respect of an action being brought to enforce a maritime lien.

The exercise, extremely often, of Rule B gave rise to much and high concern over the demand of “due process” under the ¡4 and 15 Amendments to the U.S.Constitution, which led to sucessive judicial review.

Two major international Conventions have been adopted in order to harmonize, at least partly, these important pre-judgment security procedures of Maritime Law around the world,namely, the following:

The Arrest Convention 1952 was successfully adopted by over 80 countries.It allows ship “arrest”, defined as the detention of a ship by judicial process as security only and not in execution of a judgment or award (art.1.2), by the apropriate judicial authority of a contracting State(art.4),for and in respect of 17 types of “maritime claims” as listed at art.1.1.Virtually all ships are subject to the Convention, and also virtually a lot of more claims are admitted for arrest by virtue of expansion from the typified claims (by way of analogy).These claims include both traditional maritime liens and claims, which in the common law world, are secured by mere statutory rights in rem, as well as ship mortgages, public authorities and dock and port authorities, whose powers of detention of ships under domestic laws is also recongnized (art. 2 in fine).

Also permitted is sister ship arrest of other vessels belonging to the owner or demise (Bareboat charter) charterer of the ship concerned, where that party was personally liable on the maritime claim in question when it arose (art.3.1 and 4). The Convention regulates the reléase of the ship on the giving of sufficient security (art.5).

The arresting Court having jurisdiction under the domestic law determines the dispute on its merits or in the following cases (art.7.1):

-a) if the claimant has his habitual residence or principal place of business in the country of arrest;

-b) if the claim arose in that country; or

-c) the claim concerns the voyage when the arrest occurred;

-d) if the claim arose out of a collision;

-e) if the claim is for salvage;

-f) if the claim is upon a mortgage or hypothecation of the ship arrested.

However, the arresting Court shall not have jurisdiction where there is an Arbitration clause in the underlying contract in respect of which the maritime claim arose (art.7.3).

Where the Court of arrest lacks jurisdiction on the merits, the bail or other security given to obtain the vessel´s release must provide that is given as security for the satisfaction of any judgment or award eventually dictated by a competent tribunal (judicial or arbitral) (art.7.2).

Where the parties to the dispute have chosen another Court or, indeed, Arbitration, the arresting Court will fix a time for the claimants to bring proceedings there (art.7.3).

The Convention of 1952 remains silent about Mediation or another ADR methods.

A new Arrest Convention was adopted by the United Nations in 1999, which came into force in 2011 though not as successfully as the one of 1952 (less then 20 countries).

The new Convention applies to “any ship within the jurisdiction of any State Party, whether or not that ship is flying the flag of a State Party” (art.8.1), thus ensuring its widespread application.” Arrest” is defined at art. 1.2 as “any detention or restriction on removal of a ship by order of a Court to secure a maritime claim”, excluding only seizure in execution.The words “restriction on removal” would seem to extend to the Mareva freezing) injunction as well.

The list of “maritime claims” was expanded from 17 to 22 categories.Maritime liens and statutory right in rem claims are provided for (art.3.1), albeit these must be granted or arise under the law of the State where the arrest is applied for , which unfortunately authorises the recognition of only those foreing liens corresponding to liens existing under the lex fori.

The 1999 Convention extended the right of sister ship arrest to vessels belonging to persons who were time or voyage charterers(and not merely owners or demise charterers) of the ship to which the maritime claim relates and who were liable on the claim when it arose (art.3.2).

In addition to regulating release of the ship on the giving of security, the Convention has provisions on rearrest and multiple arrest up to complete the claim amount(art.5), on countersecurity which may be required from the Plaintiff(art.6.1), as well as concerning damages for “wrongful” or “unjustified” arrest and for demanding and providing “excessive security”(art.6.2), which may well work against claimants in Arbitration where the award dismisses their claims in full and any arrest having been obtained in advance proves to have been thereby “unjustified”.

Lastly, the 1999 Convention recognizes forum selection and Arbitration clauses (art.7.1), permits the apllication of the forum non conveniens doctrine under national law (art.7.2.3 and 4), and requires the recognition of foreing Judgments and arbitral awards where specific conditions are met , namely, that the Defendant or Respondent must have been given reasonable notice of such proceedings and a reasonable opportunity to present its case; and such recognition must not violate public policy.

No mention of Mediation or other ADR either.

Interim protective measures are frequent in Arbitration and, submittedly, are necessary for the parties to the dispute to hold confidence on the result of the award at the end of the day and also for being protected as much as they can be in the judicial trial.The Arbitrators, generally in most of the Arbitration systems worldwide, are competent to hear and grant security orders in relation to assets and costs, but the Law Courts will hold their exercisable powers to support the Artbitrators´ such orders and,indeed, execute them. 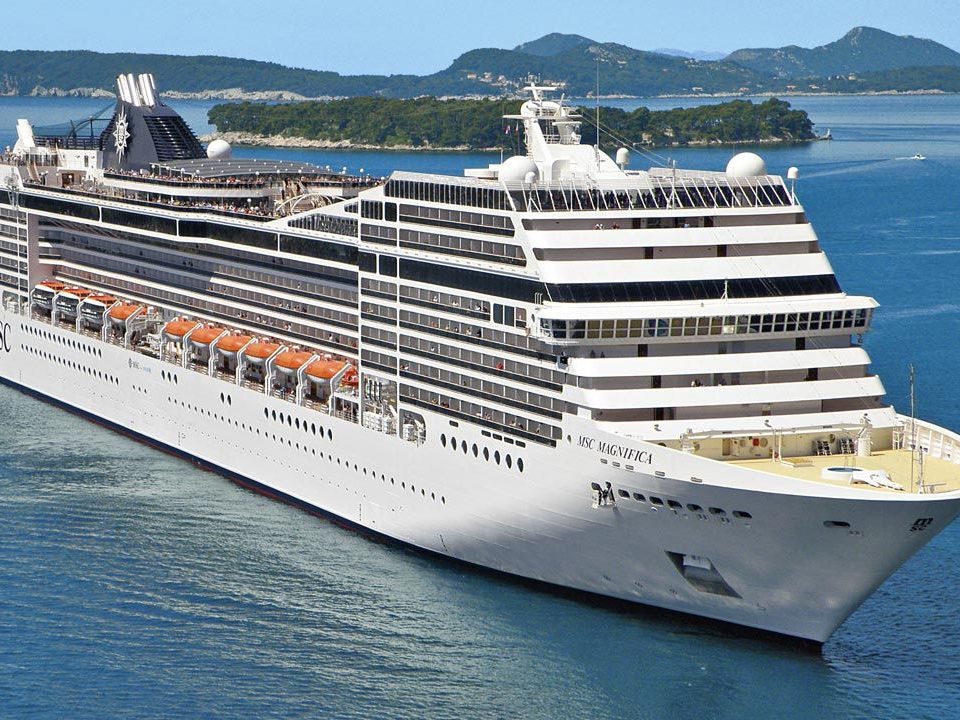 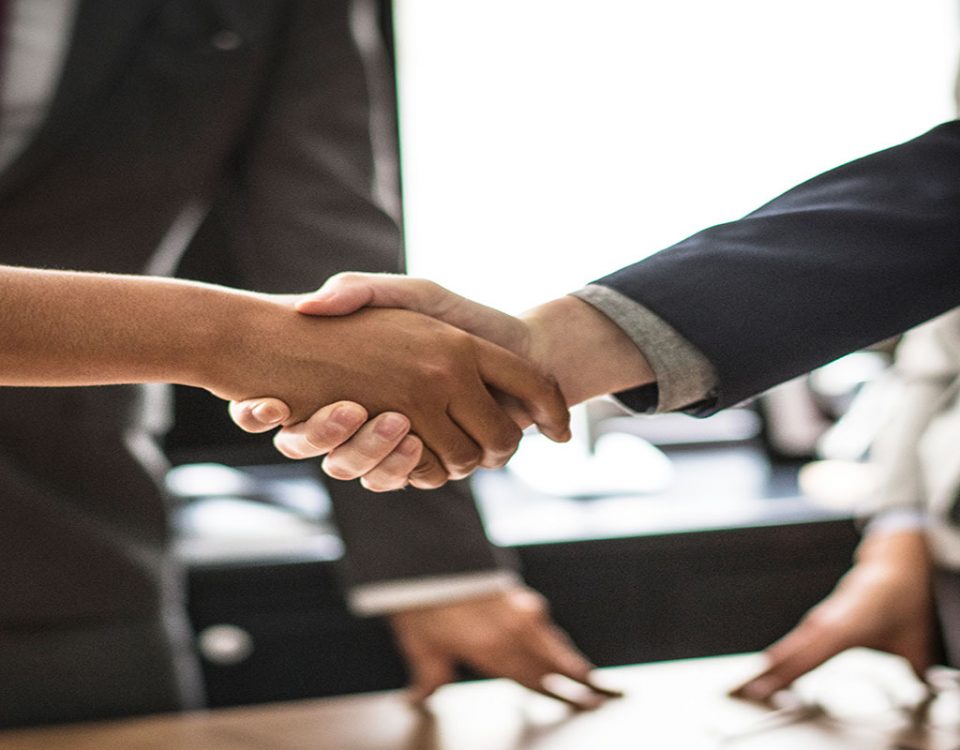 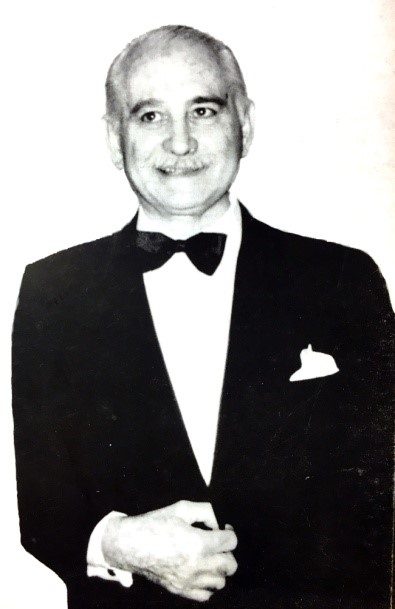